By orangecountyplasticsurgeryApril 1, 2020February 2nd, 2022No Comments

”“I am bothered by looseness that is developing in my cheeks and along my jowls but I would like to avoid visible scars. Please let me know about the modern midface techniques that I have heard can be done without scars.”

All surgery leaves some kind of scar but the newer midface lifts do not leave visible scars. Such procedures are done either through tiny stab wounds in the nasolabial fold (the fold between the upper lip and cheek) or through incisions inside the mouth, as well as a tiny scar behind the sideburn area. While the incisions are “minor”, the procedure itself is not “minor” and is done in an operating room, just as a standard face lift would be. Through these incisions, facial flesh is suspended upward with heavy sutures. But first let’s discuss what these procedures are good for. As people age, they develop a depression from the lower lid, downward obliquely across the cheek, the so called “mid-cheek groove”.

The midface technique is designed to eliminate or minimize this groove, and to restore a youthful roundness to the cheeks. As healing occurs, these “midface” structures are repositioned to a slightly higher level, thus improving the appearance of the cheeks and the lower eyelid region. A traditional facelift addresses the jowl and neck areas but not specifically the midface. We frequently perform a midface lift in conjunction with a traditional facelift. A midface lift is an appropriate procedure for a younger patient without neck laxity or jowls, who is noticing the earlier signs of aging such as a flattening of the midface area and development of a mid-cheek groove. It is also a great procedure for an older patient who has already had a traditional facelift, without a midface lift – yes, some surgeons still do a traditional lift without addressing the midface area!

In our practice, with the exception of some patients with a very round face to begin with, we include a midface lift with almost every traditional face lift to give the patient total rejuvenations. The modern midface lifts are frequently combined with eyelid surgery, neck liposuction, a full facelift or other aesthetic procedures. Your best bet would be to visit with a qualified plastic surgeon for an evaluation and to outline your various options. But I can give you some idea of various possibilities with the following examples. 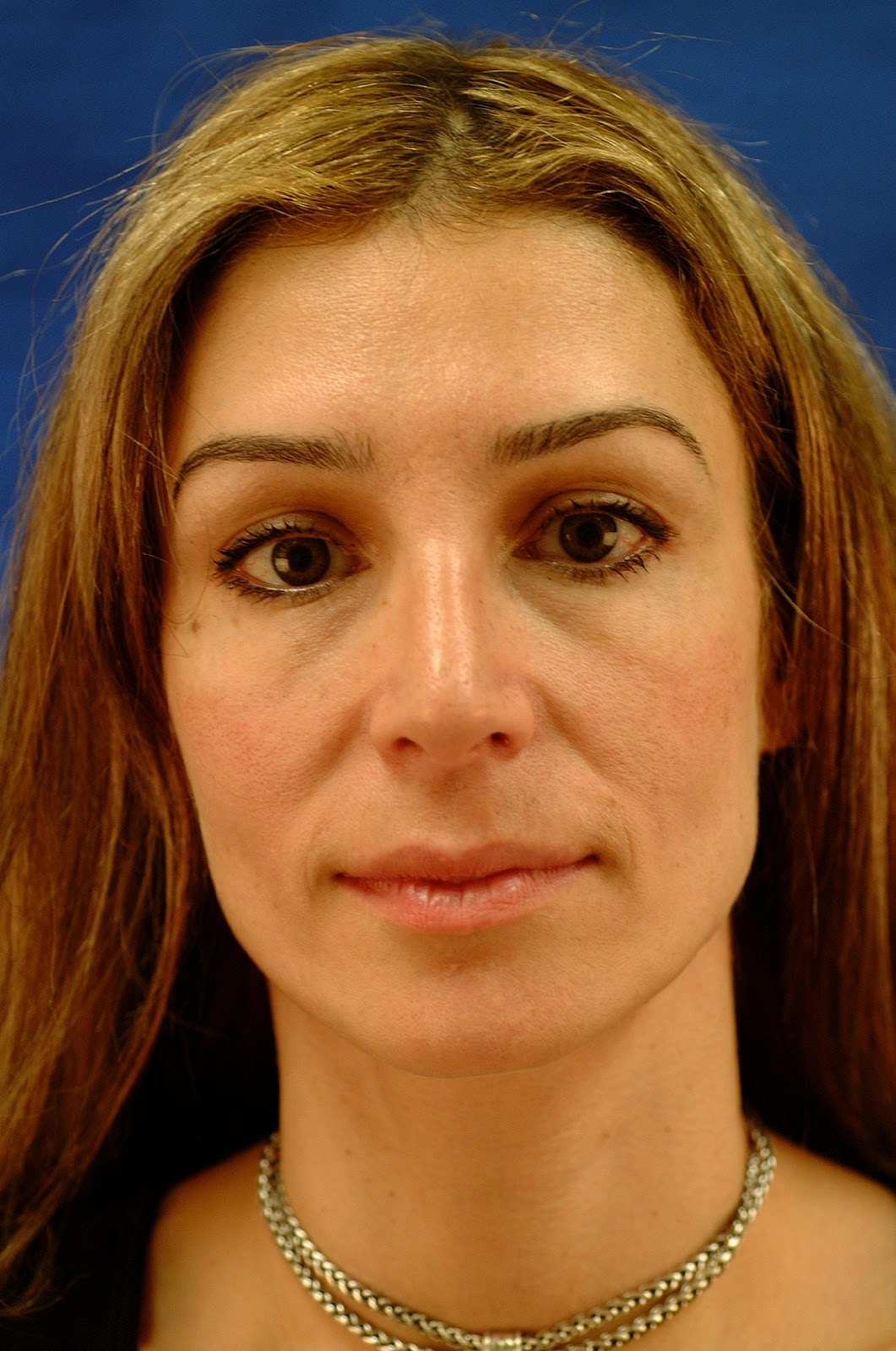 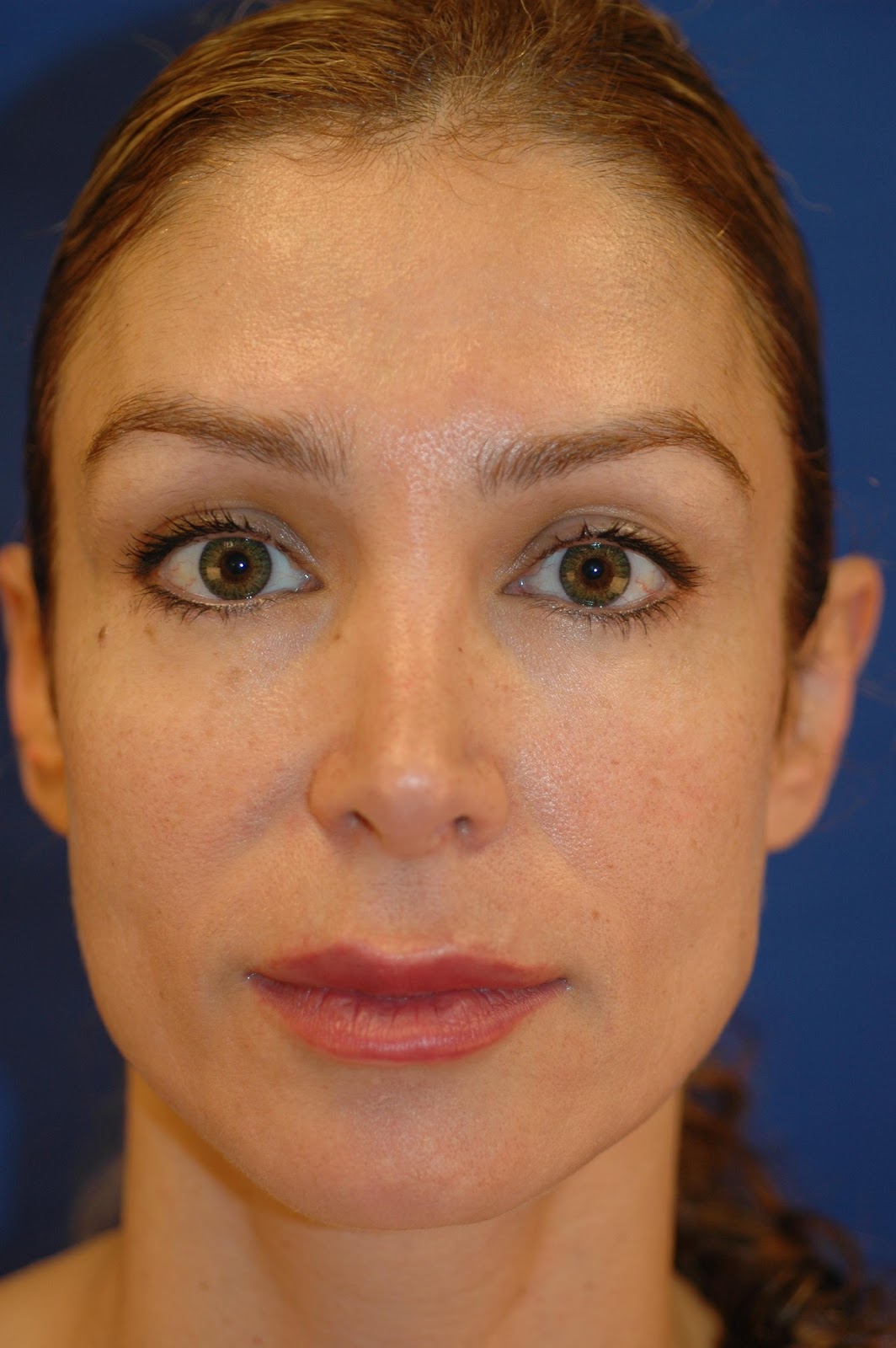 40 year old female, before and after a midface thread lift, lower lid blepharoplasty and secondary rhinoplasty. Notice the rejuvenated appearance of the cheeks, below the eyelids, as a result of the midface lift. She was an ideal candidate for a midface lift without a traditional facelift as, at her early age, she did not have any jowls or neck laxity. 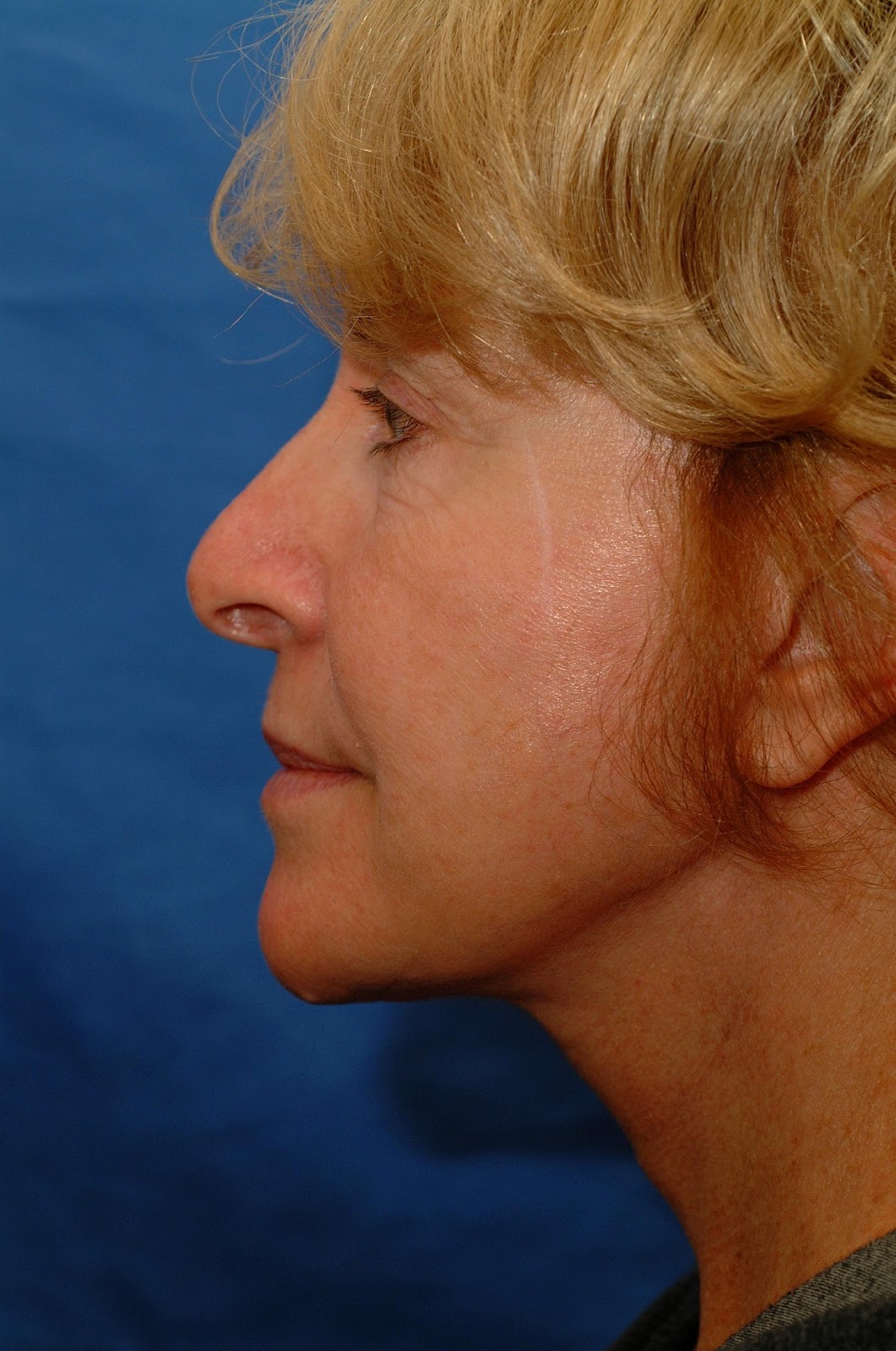 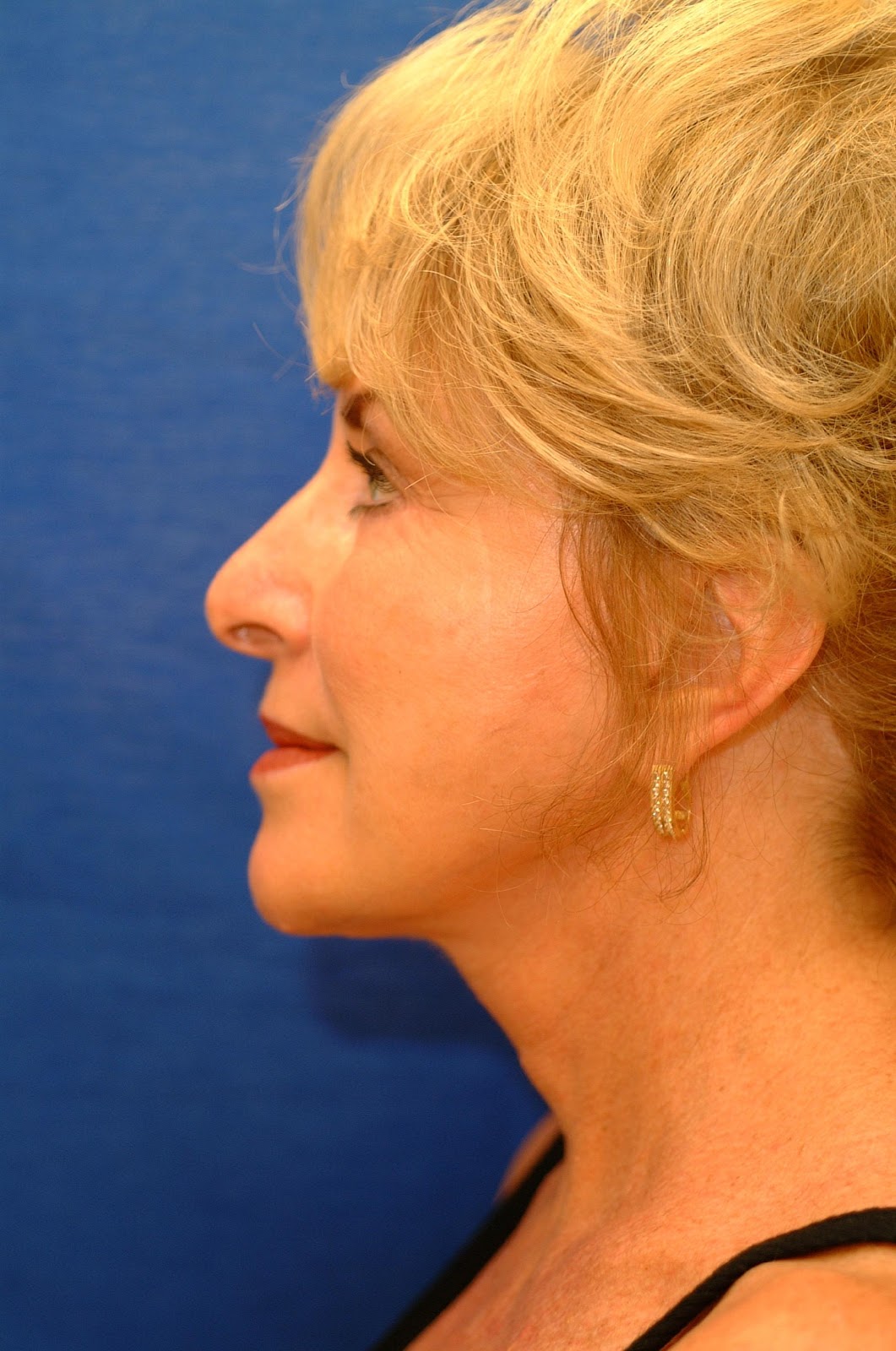 54 year old female a year after a traditional face lift done elsewhere, neck still quite tight, but complaining of midface and lower eyelid laxity. To address her concerns, a midface thread lift was performed by Dr. Bunkis to lift the drooping cheek tissues next to the nasolabial fold, thus removing the oblique trough that forms across the cheek as people age, and giving her a nice and youthful cheek. This procedure also elevates the junction between the eyelid and cheek, allowing us to shorten the eyelid, adding to a more youthful look. The after photos, six years later at age 62, show that the improvement has been well maintained. 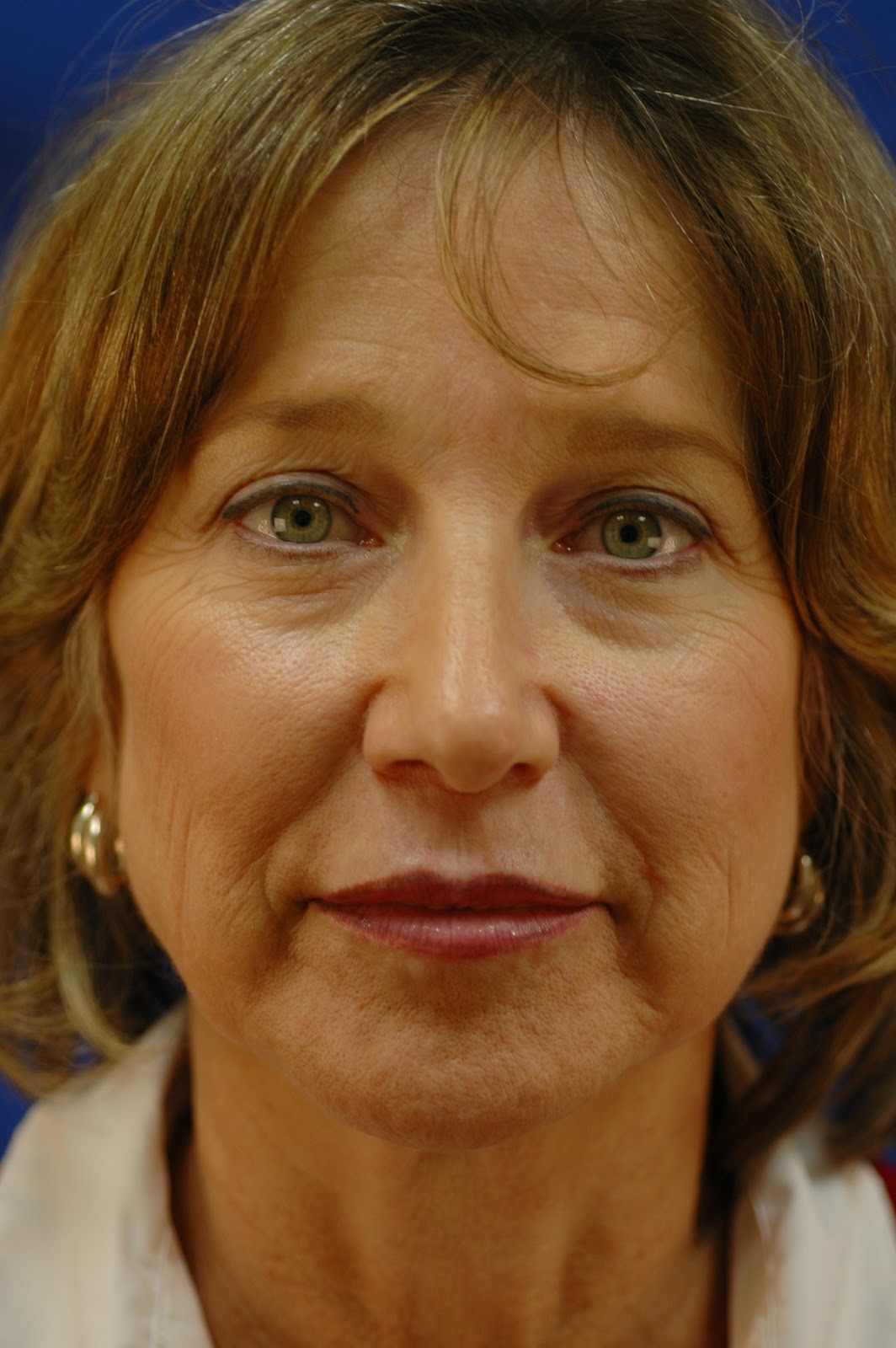 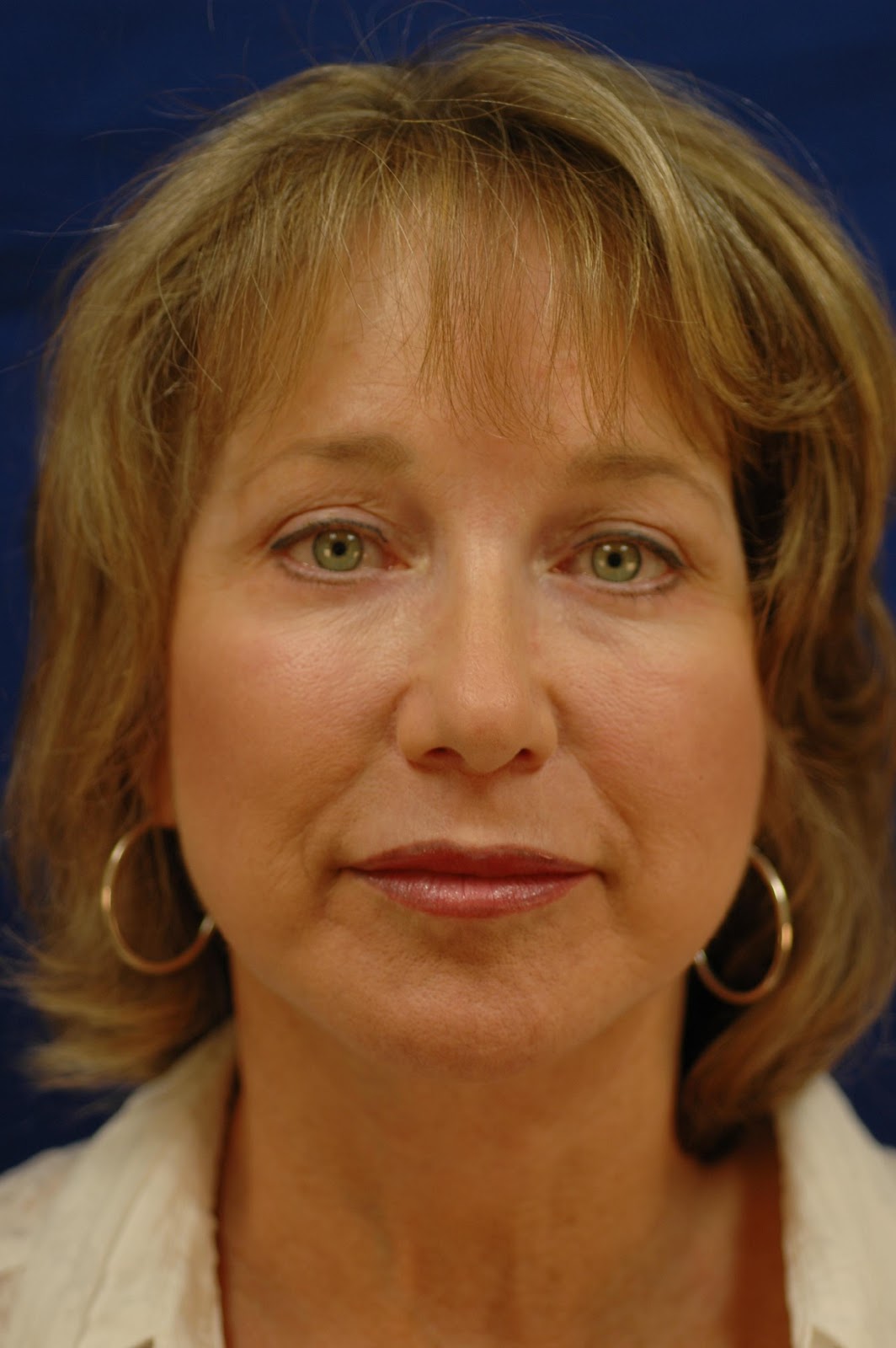 54 year old before and after a traditional facelift along with a midface lift and tear trough microfat grafting to address the flattening and sagging of the midface area, along with upper and lower eyelid blepaharoplasties.

This is the before and after of a 60 year old female, actual patient of Dr. Bunkis, whose rejuvenation included the perioral area, the area around the mouth. During normal aging, lips sag, thin and begin to develop vertical lines. Fullness was restored with microfat grafting and the surface wrinkles improved with a CO2 laser resurfacing. Such fine touches help balance the final results so that the lips match the neck, the neck matches the eyes, the eyes match the brows, and the patient is left with a natural, balanced and rejuvenated appearance.

If you have any specific questions about cosmetic procedures, your best bet would be to see a qualified plastic surgeon to review your options. Please feel free to contact our office at 949-888-9700 to set up an appointment with Dr. Bunkis; check out our web site at www.orangecountyplasticsurgery.com to see further examples of similar patients.

We have instituted a telemedicine consultation service online through https://doxy.me/drbunkis – just please call us in advance to set up a time when we can chat. (Just click on this link to use doxy.me after you call to alert me, and your name will pop up on my screen that you are waiting to talk to me). Save this link in your favorites or contacts. This service can be used for follow-up patients as well as new consultations.